Littlechef is a library allowing one to use chef without a centralized server orchestrating configuration management. It simplifies the testing and deployment model for managing servers by removing a layer from the stack. What this does is let you provision servers using your cli or programmatically in a similar fashion to ansible.

Recently I was snooping on another team who was doing some work to get chef-solo working in their infrastructure and made a brief comment about littlechef to see if they were moving to it. They made two comments 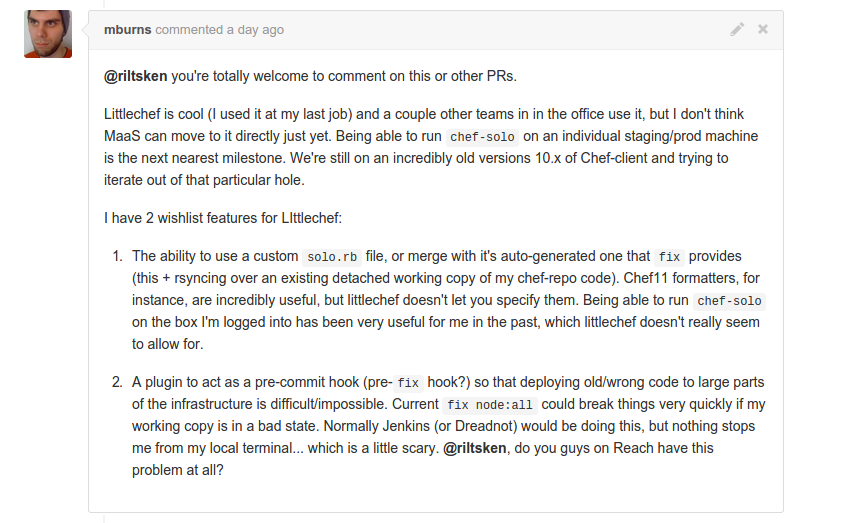 What I took from the above were essentially questions about our workflow with littlechef. How can we test our changes? How do we know our changes will actually work? How do we not mess up real environments? Below is generally how our team makes changes with chef using littlechef. This works for a team of ~25 developers where 3-4 people are focused mostly on chef throughout the day. We manage ~200+ nodes.

Given that we are attempting to change a recipe that affects all web nodes:

If this change includes adding a new community cookbook there is an extra step required which is sync the cookbooks locally before attempting to provision that node with littlechef.

If this change is required on a group of nodes this is still possible and again would still take place in the test environment.

Looking at the above there is actually a region in our environment name. We maintain several different datacenters per environment and we scope all of our fix commands with the specific region environment. If you want to deploy to all environments you could just run several fix commands in-tandem or one after the other.

It is important to use the environment attribute when using nodes_with_role so if they are not specific enough an accidental provision of other environments does not happen.

Going back to that pull request where we had a green checkmark. Merging that branch into master doesn’t do anything immediately (although it could). Currently we have it setup so that after you merge into master you run a job on jenkins that deploys to our lower environments (staging, preprod, and preview). The actual deploys are a series of scripts that build up a runlist per environment. We use a tool called Dreadnot to execute the runlist, but it could just as easily be a series of jenkins jobs. Here is an example of a deploy to our preprod sydney environment which runs in parallel with our staging and preview deploys. Each environment typically has three datacenters ORD, SYD, and DFW. 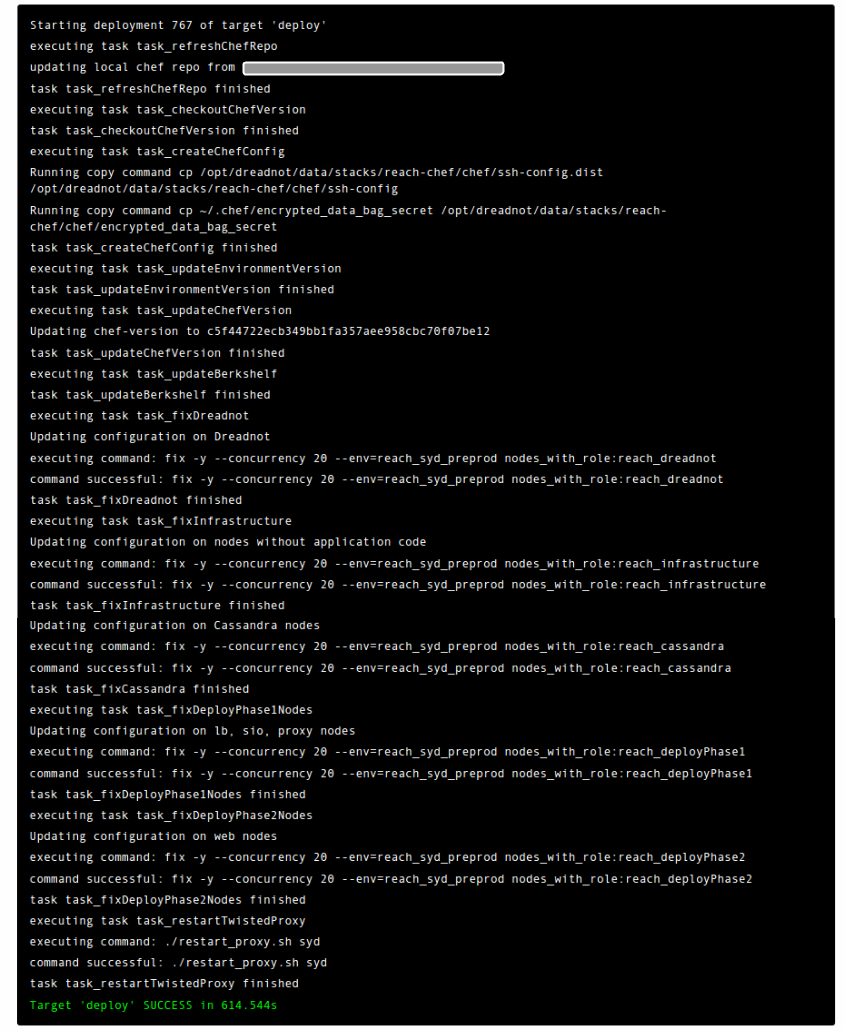 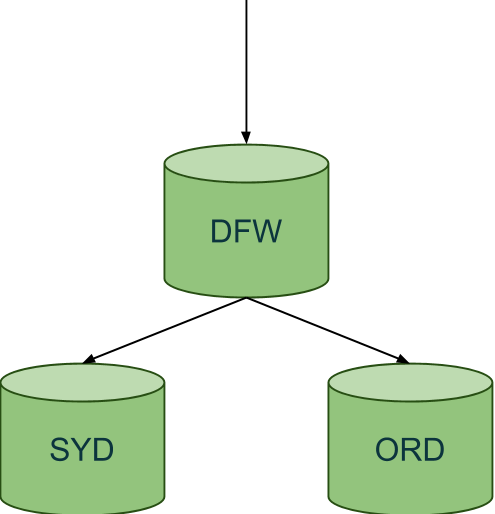 To provision or create new nodes with littlechef a previous coworker Dave H King made a library (Littlechef-Rackspace) to make this really easy on Rackspace. It allows us to run a single command which brings up a node in our environment and runs plugins after it is created. The plugins we currently run install chef via omnibus and creates the node json file with extra information specific to how we setup our environment (private ips, labeling, environment). After the node is active and plugins have been ran it can take a runlist to configure the node as needed and add it to the node.json file.

All of the above can be run in one command, but it can be difficult to remember all of the configuration values needed to add a new node to our environment. The library has an added bonus of being able to use yaml templates which greatly simplify the process of what plugins to use and what runlists we need to add to configure the node. Our plugins are here and our post plugins after the runlist has been ran are here